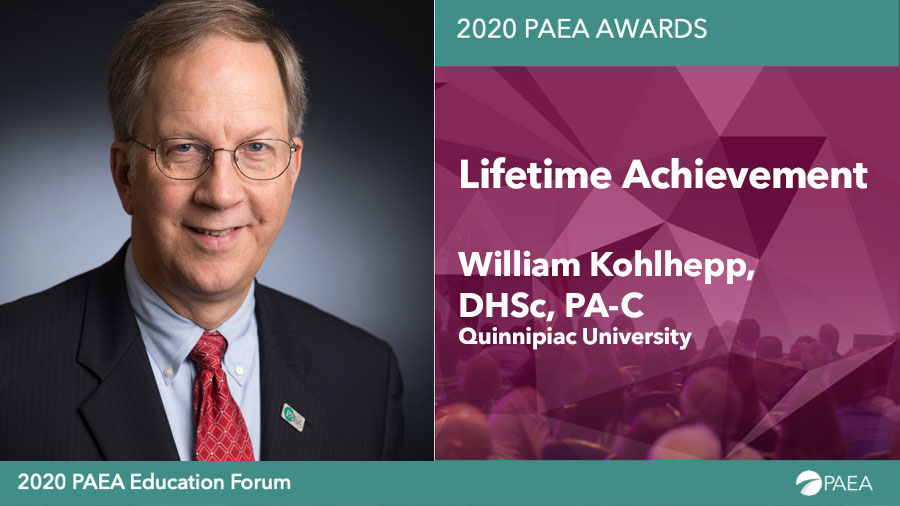 The Lifetime Achievement Award, PAEA’s most prestigious award, honors an individual who has reached the pinnacle of their career in PA education. It recognizes a current or former program faculty or staff member who has made extraordinary contributions to PA education over a sustained period of time; therefore, it may not be awarded annually.

Please note: All nominations submitted by June 30 will be reviewed and a winner will be selected by July 31, to be recognized during the Awards Ceremony at the annual PAEA Education Forum. Nominations received after June 30 will be considered for the 2020 awards cycle.

Nominees for this award must demonstrate outstanding contributions in all of the following areas: